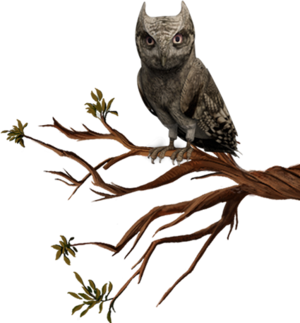 Unfortunantly, working as a secretary at a roofing company leads to many interesting characters I am forced to speak with on the phone.

You have no idea my impatience with this impatient woman. One day I'm going to snap. I've spoken to her TWICE on the phone ever. She doesn't let you speak or EVER explain yourself or your phone call BECAUSE she hates when people speak in paragraphs. Who does that?! I don't know how to speak to her. She constantly interrupts me and refuses to let me get a word in edgewise. She's not yelling, she sounds nice but she's obnoxiously rude.

I was having a problem finding out if we had done work for her before. I couldn't find her work order in the computer so I went to my desk (not hooked up to the server) and called her. I tried to explain to her that I couldn't find her address in the computer and I was trying to double check the address. She kept interupting me asking if I was on a computer and I TRIED to say "I was on a computer earlier but I might need to check the hard copies" As soon as I said I computer she was like "Then that's a yes. I hate paragraphs."

I'm like wtf?! Then she kept trying to give me the directions to get to her house and I'm thinking "bitch if I go to your house I'm gonna egg it."

Anytime I tried to get a word in edgewise she told me how she hated paragraphs (basically people saying more than a sentence to get facts straight.) She then gave me another phone number to call because she's just "impatient" when people talk in paragraphs. I need a zanax.

I stumbled onto my 9th grade home room teacher's website. She mentions me in her bio. I never had her as an actual teacher but she was my homeroom teacher and I do remember sharing my terrible, terrible Hanson fan fiction with her (I still have my Hanson fanfiction that I should type up one day for the lulz). I remember introducing her to fanfiction.net as well. I feel flattered that I helped her find an outlet for her fanfiction ideas. And now I found out she wrote a book (which I'll definitely get!).

I've come to the period of my life that I positively hate living in this house. I don't hate my family but I've grown weary of them. They make me feel that my life has always been passed through some form of judgment.

Obviously I am overweight, I can see that. I've done my best to be fine with it. I'm not happy but I don't hate myeslf for it. On my own, I went and got a gym membership. I've been going to the gym, on my own, but I do not want to have a trainer tell me what to do. I feel awkward enough as it is, why do I need a trainer? I know what to do at the gym. I know I need to do proper cardio and I'm trying to build muscle in my flabby arms as well as work out my back and abs. I know what to do but as always my mother needs to put her snide remark as to, why even go to a gym if I don't want to use the trainer. Yes I can get a trainer for one night and then have to pay for him forever. I don't want to deal with him ever. Just leave me aline, let me work out alone.

My sister, I mean seriously just look back in other posts about her. She's pure hell.

My dad, I love my dad, he's a really amazing guy BUT, he's always in my business like asking who I'm texting, what I'm watching, what I'm doing - it's just annoying. I prefer to be left alone, just leave me alone.

I just want to be left alone.

I hate how mean you have to be.

Am I wrong? Last night for wanting to lay back and watch my netflix movie that came in the mail yesterday? I decided to watch it late after the excitment of Pottermore calmed down. As I started going in the room my sister comes in and asks if she can watch "I am Number 4" on Blu-Ray because her friend that comes over at least once-twice a week came over. I said no, as EVERYONE in the house knew I wanted the pink room (game room/TV room) for the night. Immeadatly my sister tells me how she will never do a favor for me again because I wanted to watch a movie that I had told everyone ahead of time that I was going to watch. She's still holding that grudge today. Bitch

Thanks for making me feel like shit over a movie I'm renting to a movie she will own forever. I didn't go out last night because I wasn't feeling well...what did she want me to do?

I was telling my sister about Jacob's lolworthy performance in the Breaking Dawn trailer (thanks to Super 8 for making me sit through it against my will).  You know Jacob ripping off his shirt OVER DRAMATICALLY and running into the screen with his raging biceps and shit.

My sister goes "Yea, I don't find that funny, you have to understand in the book that he has to rip his clothes off as fast as possible so his clothes don't shred when he transforms."

This here is Ivy. I met her last night while volunterring at the pspca. Seriously people, this pic DOES NOT GIVE HER JUSTICE. The minute I looked at her I thought she was a fox. She is GORGEOUS.

My problem is, my mom hates animals. We have a chihuahua that my sister sprug on us, now WE LOVE Honey! Everyone loves Honey, except people who don't know her cause she's vicious to strangers lol. Honey is well trained, can hold her bladder all day while we're at work. She can do tricks (sit, lay down, speak, roll over and up). If you bring out treats she will do all at once. She's a really good dog.

Well don't I deserve my own dog? My own friend? Someone to love me unconditionally? I want my own dog!

My mother hates dogs though. If there is nothing she knows about the dog she immediately says "It will have accidents" - No shit! you have to train it! If it's a breed she doesn't like (anything with a small snout/wrinkly face) she complains that it has nasal issues. She doesn't want a big dog. This dog, Ivy, is about a half a size bigger than Honey. very skinny (I'm thinking she's mixed with one of them greyhound like dogs but small). She's gorgeous though! I just want her in my life so badly! And she's so calm!! I had my fingers in her cage just scratching behind her ear and she was so quiet and nice. i love her <3

It worked for Norma Jeane
Norma Jeane Mortenson will always be remembered by her screen name, Marilyn Monroe. What stage name would you choose if you were an entertainer, and why?
Reply 322
Nikki Kay

I don't care for my last name

When I was in HS I had an X-Men/Hanson obsession...yep
Collapse